The association of the levers and fulcrums of the body--like hips, knees and ankles--are heavily influenced by the muscular structure that supports and surrounds them. Realizing that muscular structure and biomechanics play a roll in daily life, Phillips began analyzing athletes' sport-specific movement patterns. After identifying muscular restrictions he recognizes the biomechanical needs to achieve a fluid motion. He then associates this with everyday patterns of movement or lack thereof when sitting, standing, or walking. These are all opportunities for muscular dysfunction if not done in a biomechanically sound way. His theory is that most injuries developed by athletes don't happen while they're training, and that the traditional aches and pains of aging can be minimized by addressing everyday biomechanical and muscular structure.

Phillips believes that addressing the muscles in a synergistic manner allows the body to move freely, without restriction, due to the decrease in tension and the removal of dysfunctional fascia and trigger points.

Phillips prides himself on being able to pick up on biomechanical challenges by visually analyzing one's muscular structure through patterns of movement.

Once told that he could never be an athlete again due to a muscular dysfunction called Fibromyalgia, it became his personal mission to understand muscular structure and the regeneration of dysfunctional muscle tissue. Instead of going through the traditional methods of schooling in fear that his out-of-the-box approach would be squashed, Phillips tackled countless hours of research to better understand the various methods of massage, chiropractic care, surgical procedures, and the treatment of traditional injuries in sport due to repetitive motion.

Through his research, Phillips felt there was a void in the homecare component of treatment. There was plenty of guidance towards therapy within a clinic and surgical remedies that didn't always work out in the patients' favor, yet little empowerment for people to help themselves. This is why Phillips decided to work directly with those in need: athletes and non-athletes in pain.

Phillips gained a solid foundation on Myofascial Release Techniques, a form of massage to address the muscle spindle and the associated dysfunction such as trigger points, adhesions, and other muscular challenges. This process also retrains the pattern of movement by opening up the neurological pathway allowing greater muscular proprioception.

After a long process of trial and error, he married his newly found education to his biomechanical background. The result is a line of patented products--called Trigger Point Technologies (TPT)--that mirror the feeling of the human hand.

Phillips' patented products and methodologies allow a person to address biomechanical challenges via myofascial release techniques and patterns of movement. These techniques can be used both in a clinical setting and within the comfort of one's home. Along with TPT tools, Phillips developed books and DVDs to assist people in using the tools, and to understand what is going on biomechanically and structurally.

Phillips has worked with the Olympic Training Center in Canada and the United States. He also assisted six Olympic athletes during their efforts in the 2004 Games, and has worked with NFL, NHL, and MLB players. Recently, he has assisted some of the best triathletes and cyclists achieve their goals of being the best in the world.

Phillips' unconventional suggested treatment of plantar fasciitis (regen-training.com) and other foot dysfunctions is recognized and has been implemented in podiatry offices. He has also shown that his non-traditional methods of suggested treatment for knee pain, lower back pain, IT band issues, and piriformis syndrome is both safe and extremely effective.

TPT and RE-GEN Performance Training have been recognized by medical doctors, orthopedic surgeons, podiatrists, physical therapists, chiropractors, and massage therapists in their traditional treatment plans. Variations have also assisted personal trainers and coaches in the periodization of training for their clients.

Athletes and non-athletes from around the world have used Phillips and TPT products to implement the use of Myofascial release with the TPT tools with incredible and sometimes life-altering results.

Starting in 2001 Cassidy Phillips' body began breaking down. He was dealing daily with chronic pain; just getting out of bed each day took a huge amount of effort. Phillips' desire to be an athlete, however, was still there. He researched everything he could to help his deteriorating body respond in a positive way.

Chiropractic - Phillips saw a chiropractor at least three times a week to help with the pain. This helped to manage the neurological feed coming from his spine, but it only helped for 1-2 days at the most. After every visit to the chiropractor he would spend the afternoon running or cycling. He was unaware of the negative impact dehydration and poor nutrition had on his body. What he was aware of was that his muscular structure was changing. At one time his muscles were healthy and elastic. As time went on the muscle tissue turned into hard nodular masses. The definition was lost and the movement had become restricted.

Massage - Phillips thought massage therapy was the real answer to the problem, so he went on a quest; his goal was to understand every form of massage therapy. Phillips had his body worked on at least twice a week to free up the newly found adhesions that he had in his muscles. What he was unaware of at the time was that the nerves were entrapped as well -- forcing the neurological feed to be compromised. This resulted in his muscles turning off rather than turning on.

Acupuncture - Phillips' next source of therapy was acupuncture. He found that it somewhat helped, but ultimately it did not give him the relief that he needed. Phillips continued on his quest.

Rolfing Massage - Phillips stumbled onto a holistic clinic that concentrated on various forms of therapy that he thought was going to be his savior, but it did not turn out quite that way. This was some of the most painful massage therapy that he had ever gone through; therefore, he thought it was perfect. The more pain he felt the more he saw it necessary; the only problem was he was not sure how to direct the therapist. The therapist was the professional; he should have known what he should or should not do to Phillips' body, but instead he let Phillips guide him. Phillips told him to skip the 12 steps in order to get in to the muscle deeper and faster. The result of this was Phillips' right quad swelled up three times its size, and he had blood pool all around his knee from the inside. At this time Phillips really understood that hands can be weapons that can do real damage.

Vitamins - After the misshape with the Rolfer, Phillips attempted vitamin therapy. He began using some hard core supplements; L-Orginine, L-Arginine , salinium, fish oil among others. He learned that he had burned out all of his good cholesterol, his cortisal production was all wrong and when he was sleeping his body was saying go, and when he was awake his body was saying no.

Over the course of two months, Phillips made his body toxic because of his obsession with the vitamins and the additional Vitamin C IV's and Glutithimine injections he was taking. This forced him to take a huge step back and identify what was going on with his body. That is when he was introduced to Procaine.

Procaine - Procaine is a mild sedative that can be injected into the body. The holistic clinic decided to address the fibrous nature of Phillips' muscle tissue and the trigger points that had set into his body. In an attempt to get his body to respond over the course of several months he was injected more than 300 times all over his body. Occasionally the tissue was so dense and fibrous that upon injection the needle would bend.

Phillips then explored the option that he might have Multiple Sclerosis; this was one of the darkest times of his life. Was he destined to lose every aspect of being an athlete and find himself trapped in a wheelchair? How would he relieve his tension and stress without running, swimming or cycling? An active lifestyle defined his inner and outer being.

Through extensive research Phillips found that he did not have MS. He had Fibromyalgia, a muscular dysfunction that takes over the muscle tissue. At the time he felt relief; anything was better than MS. Phillips was then forced to recognize what types of therapy were working and which ones were making him worse. Through this process he had a revelation.

Phillips knew he couldn't rely on others. He had to start relying on himself to get through this difficult time. Phillips was not willing to take all the medication the doctors prescribed him both for mental anguish and the muscular discomfort he was under.

Phillips knew that massage therapy was the only thing that his body had really responded to, so he went back to it as his main source of therapy. He started studying Trigger Point Therapy and referral patterns by Travell and Simon. He did intense research on the treatment of myofascial trigger points via inhibitory pressure (Nimmo), muscle energy methods (Lewit), strain/counterstrain approaches (Jones), and Active Release Techniques (Leahy).

This is when Phillips started to see the light at the end of the tunnel. He started to put all these findings into a hands-on approach. He married his biomechanical background to his newly found understanding of muscle tissue fiber and structure. This is when he started Trigger Point Performance Therapy. 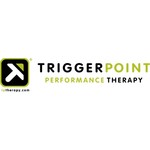